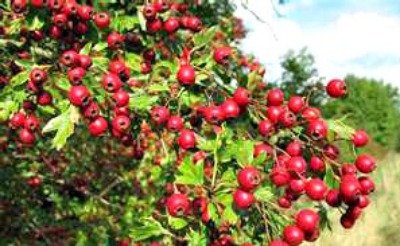 The story begins with archeologist's discovery of remnants of this amazing heart tonic in pottery jars dating about 7,000 years before Christ.

Legend holds that the "Crown of Thorns" placed on the head of Jesus was taken from a berry tree or bush which we know today as the hawthorn herb.

Dr. Green reportedly had developed a reputation for "curing" heart disease, but in the spirit of greed and selfishness, refused to share his hawthorn herb discovery with his medical colleagues, or the rest of the world.

After his death in 1894 his daughter revealed that his "famous cure" was in fact a tincture of the ripe hawthorn berries.

Clinical trials and research continued on the medicinal value of these amazing crown of thorn berries throughout the 1900's to the present day.

A growing body of recent scientific evidence confirms the long history of the benefits of hawthorn.

Mark Stengler, N.D., who is known as The Natural Physician, says this about hawthorn benefits:

"I love to prescribe this powerful hawthorn herb nutrient to patients. Most people begin feeling much better almost from the first instant they take it.

"Hawthorn is truly a superstar when it comes to the heart and cardiovascular system. Millions of people canbenefit from the medicinal effects of this herb, including anyone who suffers from high blood pressure, coronary artery disease, angina or heart arrhythmia."

Today, the leaves and flowers are used medicinally, and there is some research that suggests that hawthorn might be effective when used in the treatment of mild to moderate heart failure, but there has not been enough research to know how effective it may be.1

According to researchers hawthorn has been studied in people with heart failure (a condition in which the heart is unable to pump enough blood to other organs in the body), but more studies are needed to understand how effective it may be. A number of studies conclude that hawthorn significantly improved heart function.

Studies also suggest the herb can enhance a person's ability to exercise following heart failure. Participants in studies have reported that hawthorn significantly improved symptoms of the disease (such as shortness of breath and fatigue).

One study found that hawthorn extract (900 mg/day) taken for 2 months was as effective as low doses of captopril (a prescription heart medication) in improving symptoms of heart failure.

Another large clinical study of hawthorn found that a standardized hawthorn supplement was effective in 952 patients with heart failure. The study compared conventional methods of treating heart failure (with different medications) with hawthorn alone and in addition to the drugs.

Quercetin is a powerful immune booster. In a recent study reported by the American Journal of Physiology indicated that quercetin may protect against colds and the flu. (That may be why I rarely ever catch a cold anymore.

Flavonoids are potent antioxidants that protect the body and fight silent inflammation, which is the leading cause of many chronic diseases, such as cancer, heart disease, stroke and dementia.

Clinical Studies also show that hawthorn has natural anti-inflammatory action and also improves oxygenation, which has an immediate beneficial impact on energy levels.

The usual dosage of hawthorn is 300 to 600 mg 3 times daily of an extract standardized to contain about 2% to 3% flavonoids or 18% to 20% procyanidins. Studies indicate that full effects may take up to 6 months to develop, although some improvement should be apparent much sooner.

No negative side effects are associated with hawthorn berries or extracts; however it's a good idea to check with your physician if you are considering trying hawthorn, as it will enhance the effect of some medications.

Calcium-channel blockers such as diltiazem (Cardizem) and nifedipine (Procardia), and nitrates, such as isosorbide (Isordil) inncrease potency, possibly making side effects more likely.

Hawthorn is very inexpensive (the drug companies hate this) and is readily available.

Sometimes the old tried and true ancient natural remedies such as the "crown of thorn berries) are more effective than the man-made concoctions brewed up in the chemist's laboratories...and the great thing they are without the side effects found in prescription drugs.

This amazing nutrient will have your heart saying, "Thank you, Thank you!"

Click here to check out the highest quality Hawthorn Supplements on sale now at a 40% savings!Heart Health Store! 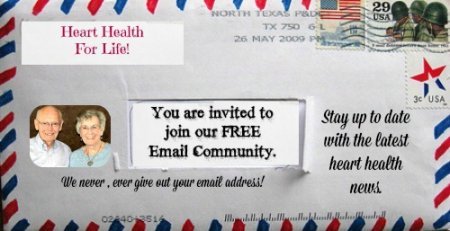