I'm Gene Millen, your host on this website with my wife Bernie. In 1993 we opened The Vital Life Health and Wellness Center which focused on exercise and weight loss for the over 40 crowd.

In the late nineties one of the big stories in the weight loss world was the Atkins Diet and many of our clients and family fhad great success with it.

For more than thirty years Dr. Atkins has been described as a fraud, charlatan and quack by the medical establishment.

The American Medical Association described Atkins diet as a "bizarre regimen." It takes the AMA thirty to forty years to catch up with the new research.

In his Article in the New York Times, published in 2002 titled "What if It's All Been a Big Fat Lie?" Gary Taubs writes:

If the members of the American medical establishment were to have a collective find-yourself-standing-naked-in-Times-Square-type nightmare, this might be it.

They spend 30 years ridiculing Robert Atkins, author of the phenomenally-best-selling ''Dr. Atkins' Diet Revolution'' and ''Dr. Atkins' New Diet Revolution,'' accusing the Manhattan doctor of quackery and fraud, only to discover that the unrepentant Atkins was right all along.

Or maybe it's this: they find that their very own dietary recommendations -- eat less fat and more carbohydrates -- are the cause of the rampaging epidemic of obesity in America. Or, just possibly this: they find out both of the above are true.

Critics say that one problem with the Atkins diet is its period of extreme carbohydrate restriction under 30 grams daily during the first two weeks.

Dr. Atkins calls this the induction period, during which the body switches from burning carbohydrates to utilizing fat and protein as the primary fuel.

This causes the body to switch to burning stored fat from our belly, hips and other unwanted places.

Insulin, a natural hormone, plays an important role in converting carbohydrates into fuel and fat. After you eat carbs, they are broken down into sugar molecules and transported into the bloodstream.

Your pancreas then secretes insulin, which sends the blood sugar into muscles and the liver as fuel.

Think of insulin as a switch. When it's on you burn carbohydrates for energy and store excess calories as fat. When it's off, after the insulin has been depleted, you burn fat as fuel. So when insulin levels are low, you will burn your own fat, but not when they're high.

One reason the Atkins high fiber low carb diet works is that it is based on this principle. New research confirms the effectiveness of the Atkins approach. It definitely WILL NOT give you a heart attack. The results of five scientific studies recently presented at conferences are remarkably consistent.

Subjects on some form of the Atkins high fiber low carb diet lost twice as much weight as those on the low-fat, low-calorie diets. In all five studies, cholesterol levels improved similarly with both diets, but triglyceride levels were considerably lower with the Atkins approach.

The low-fat hypothesis has failed the test of time according to Walter Willett, chairman of the department of nutrition at the Harvard School of Public Health.

Dr. Willett is the spokesman of the longest-running and most comprehensive diet and health studies ever performed.

In a nutshell Dr. Willett reported that the Atkins low carb diet is heart healthy.

So how did the dietary fat is bad roller coaster get started? Investigative reporter Gary Taub in his insightful and through research report published in the New York Times Magazine explains what happened.

It all began in 1977, says Taub, "when a Senate committee led by George McGovern published its Dietary Goals for the United States, which warned Americans to curb their fat intake to abate a supposed epidemic of killer diseases.

It peaked in 1984, when the National Institutes of Health officially recommended that all Americans eat less fat. The food industry jumped on the roller coaster with a flood of new low fat products to meet the new recommendations. Fat was replaced with sugar or high-fructose corn syrup to replace lost flavor.

Millions were spent on advertising as the low fat train picked up speed. The low-fat message effectively ignores the fact that omega 3 oils and many fats, such as olive oil, and flax oil are good for us.

The following advice put out by National Institute of Health in the 1990's turned out to be almost the opposite of what is good for heart health.

Their misguided advice was to "Start off with plenty of breads, cereals, rice, pasta, vegetables and fruit and go easy on the fats, oils and sweets."

As you can see, the NIH lumps vegetables, fruit and white flour in the same box and makes the unlikely association of essential fatty acids with sugar.

This food pyramid would be closer to accurate if it was turned upside down. When you think about it what else could you expect from a government bureaucracy?

The link between eating fat and getting heart disease has never been demonstrated although the N.I.H conducted five major studies and spent several hundred million dollars trying to show a connection.

Sugar is the Culprit

The latest research shows that inflammation is the culprit in heart disease not fat and cholesterol. It pains me to say this as I am a "sugarholic" but sugar is one of the primary causes of this inflammation.

Gary Taubes says in his New York Times article that foods considered more or less deadly under the low-fat dogma turn out to be comparatively benign if you actually look at their fat content.

More than two-thirds of the fat in a porterhouse steak, for instance, will improve your cholesterol profile; it's true that the remainder will raise your LDLs, the bad stuff, but it will also boost your HDLs, which can actually reverse the plaque in your arteries.

My family and I went on the Atkins Diet and lost from 7 to 17 pounds each during the first month. I didn't need to lose much weight but knew I needed to go cold turkey on cutting out the sugar and also wanted to see how the diet worked.

"Above all else, guard your heart for everything you do flows from it."
Proverbs 4:23

The thing that surprised me most was the increase in my energy level throughout the day. I don't have the sugar highs and lows that I used to have and am getting along great on less sleep.

If you need to lose weight or just want to get healthier and have more energy you may want to give the Atkins Diet a try. But I have an even better solution for you...and you can get it right now for free!

Our FRESH START WEIGHT LOSS PROGRAM, which is based on the Glycemic Index Diet has some amazing benefits and is easy to follow.

If previous "diets" haven't worked for you this is "just what the doctor ordered!" 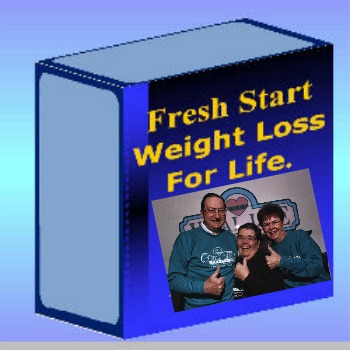 You can reawaken the energy and vitality you had years ago. Plus, you'll burn more calories, increase your lung capacity, and improve your heart health. And it only takes about 12 minutes per day.

Thanks joining us on the journey to
Vital Heart Health for Life!

Article in the New York Times, published in 2002 titled "What if It's All Been a Big Fat Lie?" Gary Taubs 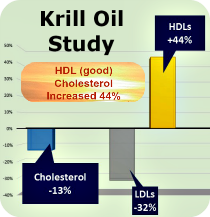