The difference between butter and margarine is monumental!

The Difference Between Butter and
Margarine is Like Day and Night!

The Margarine vs Butter Debate. Butter Wins Hands Down! 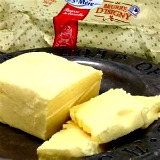 I'm Gene Millen, a Heart Health Coach and the owner of this website with my wife Bernie.

A few minutes before writing this article I enjoyed a home-made muffin smothered in delicious creamery butter.

In the early 1970's, along with millions of others, I was sucked in by the margarine vs butterr crowd that misleadingly indicated that saturated fat clogged my arteries and caused my six way heart by pass. I later learned the difference between butter and margarine. It was trans fats, NOT the healthy saturated fat that was the culprit!

The logic of the "butter vs margarine researchers" went like this.

Since butter is composed largely of saturated fat and saturated fat fed to rabbits was discovered in clogged arteries it was deducted that eating butter would lead to a heart attack. Wrong!

What the researchers didn't know at the time was that when they hydrogenated the perfectly good saturated fat, it was transformed into a trans fat.

Then when they force-fed this toxic oil to rabbits they developed heart disease. Their erroneous conclusion was that saturated fat was evil when in fact it was the trans fat! See saturated fat vs unsaturated fat for more information.

How the "margarine vs butter" hoax began.

The solution these "experts" came up with to save the world from an early demise was to convert us to a miracle man-made substitute called margarine.

In defense of these misguided souls it was not widely known until the 1980s that the hydrogenation process used to make margarine look like butter created a trans fat that increased the risk of heart attack by nearly 200%!

A Key Difference Between Butter and Margarine

Saturated fat is absolutely essential for heart and brain health...and more. The mistaken assumption that butter, cream, cheese, eggs and red meat contribute to heart disease is a sad comentary on how special interests can cause untold misery and health problems. The cholesterol and saturated fat mythis still alive and well in the mainstream medical community.

Another Key Difference Between Butter and Margarine

The oils used in their preparation are heated to high temperatures, bleached and deodorized to make them palatable. If you are choosing them because of the purported heart health benefits you have been misled.

Through The Ages website describes the ancient difference between butter and margarine.

"Butter is a culinary treasure as old as King Tut's tomb. Judges 5:25 reads, 'She brought forth butter in a lordly dish'. Pure butter is produced today essentially as it was in King Tut's time, though butter made of milk from cows instead of camels or water buffaloes."

Fast forward the clock about 3,300 years to review just a few of the differences between butter and margarine that have been discovered in recent years.

In conclusion, the key difference between butter and margarine is butter is better in every way! It will not only make your batter better...it will make you better as well! 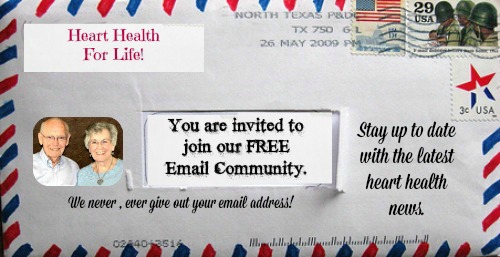 Related Articles to Butter or Margarine

Difference Between Butter or Margarine References